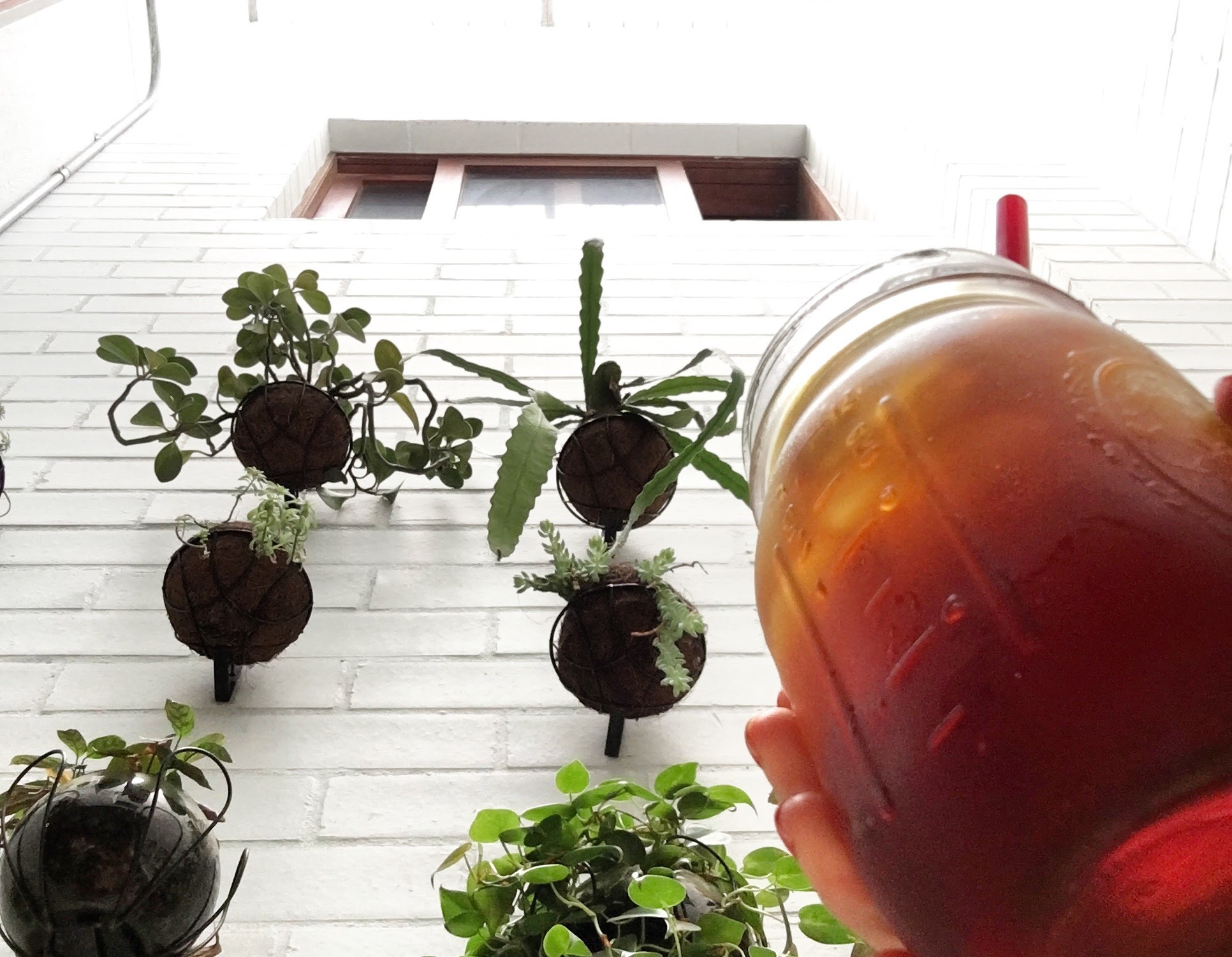 Medellin, just like Mexico City (and many other cities I’m sure), still has a bad rap with people who don’t travel much to that part of the world.  I had heard that Medellin was boring and unsafe, and that I was utterly insane for going there, but having been to Bogota and Cartegena and LOVING it, I decided it was well worth the weekend trip. Plus, on the flight down we managed to catch SpaceX rocket launch in Florida! Cool, huh?!

The airport is almost a good 35 minutes (with no traffic) away from the city, and cost about 65,000 pesos ($20 or so) each way. Our flight arrived late in the evening, so we didn’t even get checked into Lleras Green Hotel (thanks hotels.com!) until about midnight.  Listen people, from this second on, Medallion BLEW MY MIND and I kept wondering how in the world I had not been before?!

So why you need to book a trip and visit Medellin IMMEDIATELY: 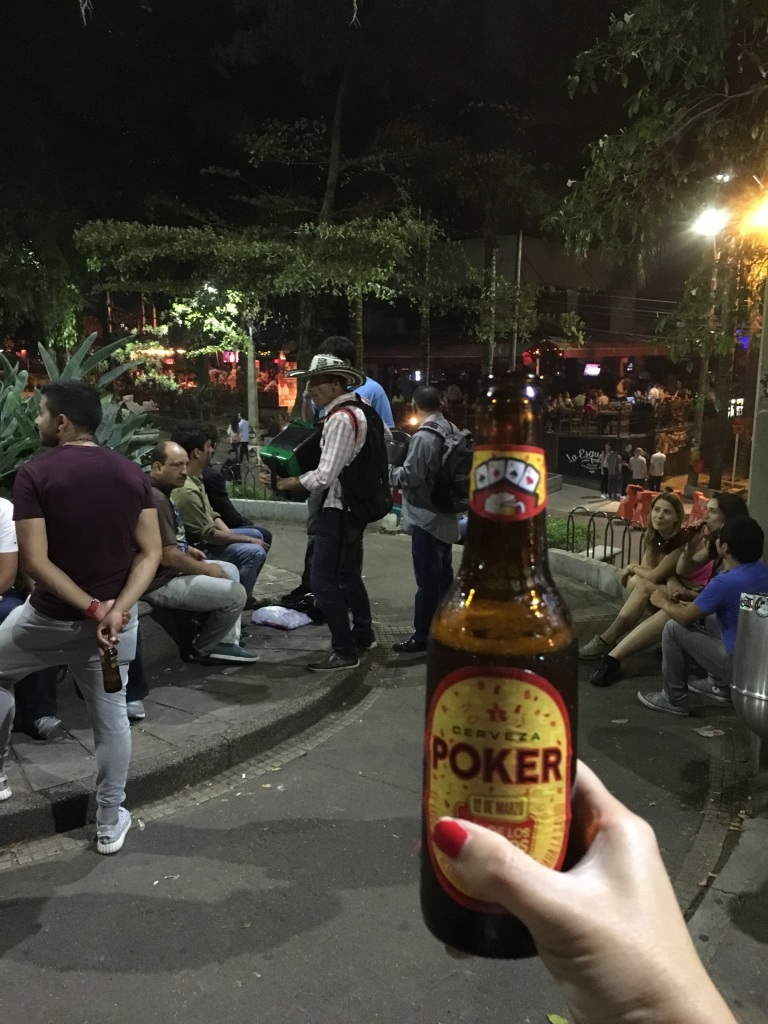 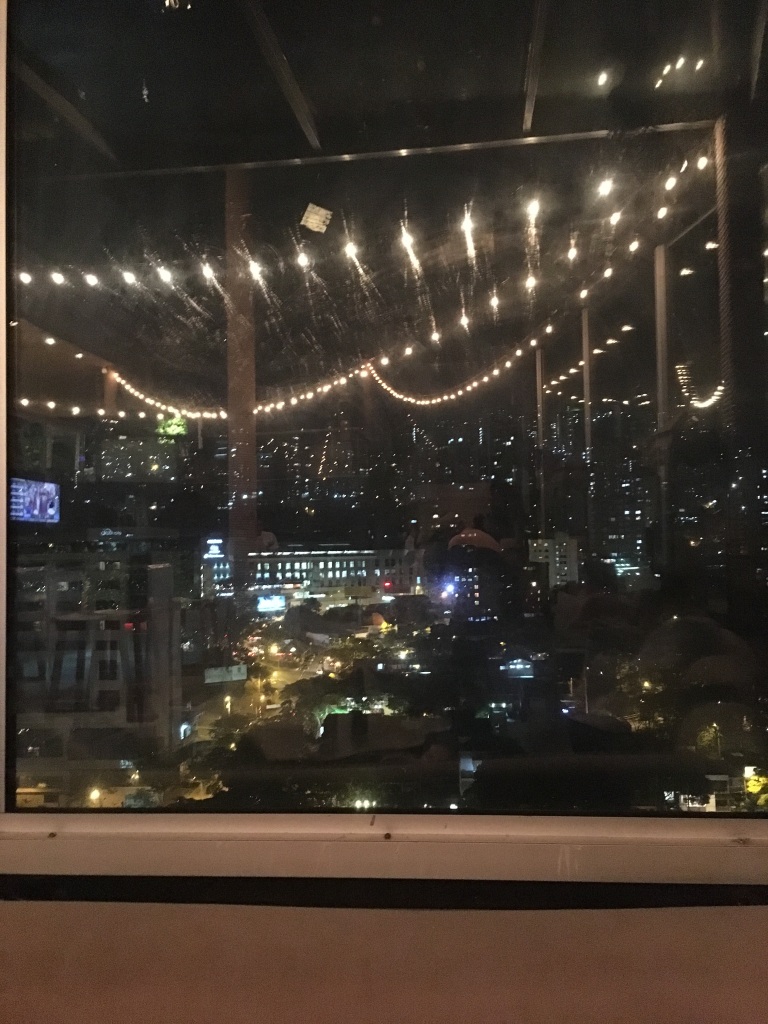 2. Medellin was voted the most innovative city by Urban Land Institute in 2013, for reasons from the cable car systems (the cheapest “touristy” thing there is to do) and escalators that connect the poorer areas to the city center to barefoot park to nods to environmental sustainability (woot woot!). Also, parks have free Wi-Fi. Done.

3. It’s trendy as all hell. At least the area right around Park Lleras was. We strolled to Carrera 37 for our morning coffee. Ok, if you had ANY doubt about Medellin (or Colombia in general) this area will change your mind 100% as it’s trendier and has a more chic vibe than 95% of America. Stop at Pergamino for coffee, buy a couple bags to take home, shop at the boutiques on this street and eat at one of the many restaurants with outdoor seating. 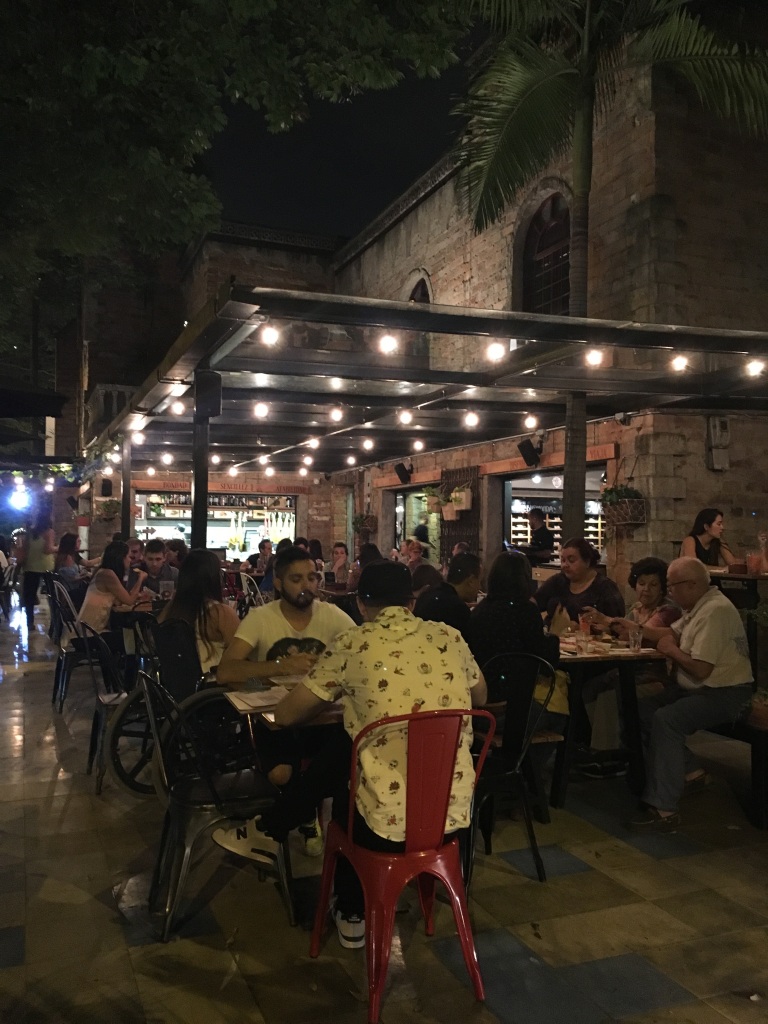 4. Because it’s NOT the drug cartel country it used to be. Having said that, we did decide to take the Pablo Escobar tour to pay a visit to his self-designed prison, his grave and also the place where he was shot. We were reminded multiple times (from various Colombians actually) that the city really has turned around completely, and should not be famous for drugs anymore. It’s fair enough for them to reiterate this to people coming through, the perception from most that don’t know still is: Don’t visit Colombia, it’s exactly like what we see on Narcos, specifically stay away from Medellin. Our tour guide also reiterated to us that if there was one good thing learned from Pablo Escobar, it was to help the poor like he did. It shows in a lot of the upgrades and changes they have done to the city to help the poor. His prison up at the top actually houses elderly homeless individuals, and little Pug-lo Esco-bark. Ok I named him that.